A year ago I took part in my first audax. An audax is a non-competitive long-distance cycling event, with its origins in France. As I understand it, years ago cyclists in France would ride from one city to another and back again within a certain time-frame, bringing some sort of proof of having visited their destination. Audax today is similar; even in the age of gps tracking, audax events require you to gather physical evidence that you have passed specified checkpoints – a receipt, a stamp, or returning with the answer to a question (e.g. ‘when is the last collection from the village post box?’).

An audax is an act of audacity, it means doing something audacious, extravagant, ridiculous even. That is because the distances are generally huge. Rides of 200km are popular because they can be completed in a day, but events of 300km, 400km, 600km and even 1000km can all be found on the audax calendar. When I first heard about people riding these kind of distances I couldn’t understand how anyone could manage it, then I had a go myself and got the bug.

The audax I took part in a year ago was the Humber Bridge 200, and today I did it again. It is organised by Rev Graeme Holdsworth, curate at St. Helen’s Church in Welton (near Hull). Graeme is a top bloke, he has his own blog about cycling and faith. The church is the start and finishing point, and Graeme is ably assisted by some wonderful volunteers who serve tea and coffee, cake and bananas.

The route goes north from Welton into the Yorkshire Wolds, before turning south again at Stamford Bridge (no, not that one), crossing into Lincolnshire south of Goole, and then returning to Welton via the Humber Bridge.

It was a good ride today. I’ve got to a point now where I know what 200k feels like, and I’m getting better at pacing myself and recognising what my body needs to complete a distance like this. A year ago I struggled with this ride; the wind sapped my energy, and I had to dig deep to get round, not so this time. This time the wind wasn’t as challenging, but I rode most of the way round on my own, meaning I couldn’t benefit from slipstreaming other riders. Last year I was in a group most of the time (which meant I actually did a faster time than today), but still struggled.

Food
This was my first endurance test since going vegan. I wasn’t really worried, but I did want to see if my body felt any different. I’m very reassured by how successful today was: 200k, all powered by plants.

Here’s what I ate. Breakfast was Weetabix with soya milk, and then when I arrived at the church I had a banana, a cake bar (ingredients check: no animal bits), and a quick slurp of coffee. Once the ride started I stuck to my usual routine for long-distance rides: I try to eat something every hour, and supplement this with sips of sports drink roughly every 20 minutes. The something that I was carrying with me was macadamia and coconut Paleo Bars from Aldi, and Science in Sport energy gels. I had packed five bars and four gels (two with caffeine, two normal), which I knew would be more than enough. I ended up just using two bars and the two caffeine gels. 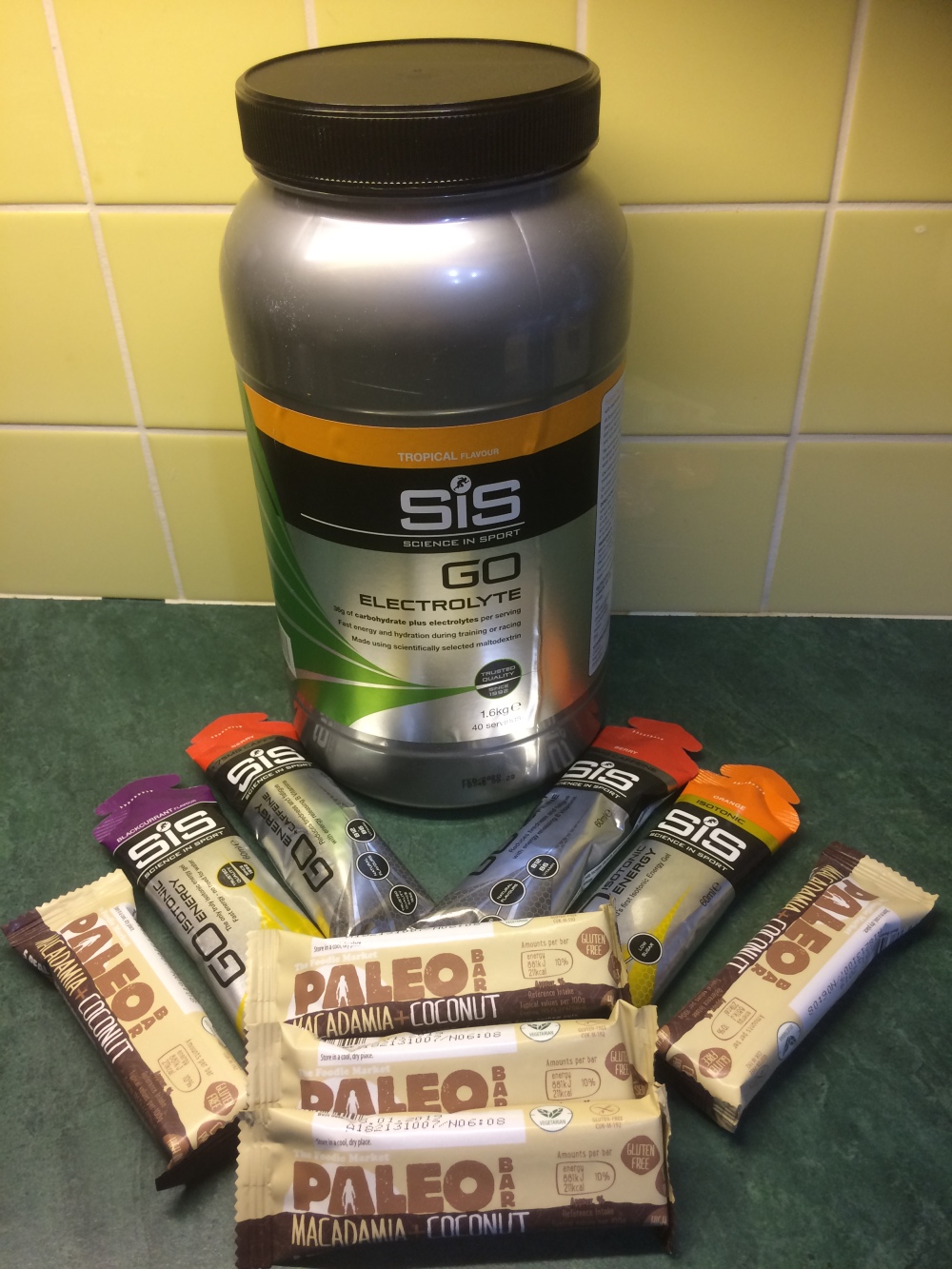 There is disagreement among cyclists about gels, and they aren’t a very ‘audax’ thing. Most audaxers would probably say that you should just eat normal food. I agree with that in principle, but I just find gels really convenient. I don’t really think of them as food, just as fuel. They aren’t for everyone, but they work for me. Also, I was pleased to see from the Science in Sport website that they are vegan!

One of the first controls was at Quarmby’s Delicatessen and Coffee House in Sherriff Hutton. I like a good café stop, and was wondering how this experience might change now that I’m vegan. In this instance I needn’t have worried – Quarmby’s is seriously good, and they have lots of vegan options. I went for a double espresso, beans on toast (excellent cycling food!) and a fantastic slice of something they called ‘Molly Cake’ – a wonderfully rich and spicy fruit cake. The bread for the toast looked home make and was delicious. 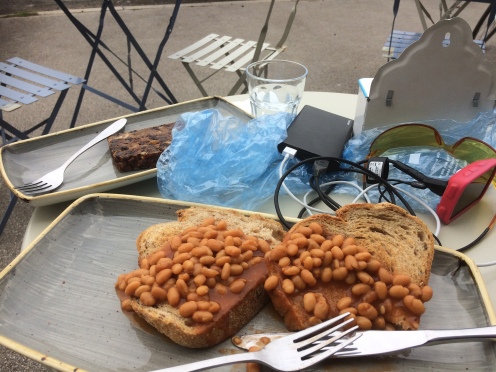 Roughly two hours from the finish there was a control at the Post Office in Keadby, North Lincolnshire. I needed something other than bars and gels by this point, I find that late into a long ride I am craving savoury food (I guess because of salt lost through sweating). In pre-vegan days I would often get something like a pork pie or Peperami, so again it was interesting to see what I would find. Not a lot really. I bought some salted cashews, some dry roasted peanuts and a can of Coke – these were just what I needed to fuel the final 50k.

The final stretch of the ride has a few hills (most of the ride is pancake flat apart from the start and finish), and it was good to see the Humber Bridge come into view.

Once across the bridge it was a 15 minute ride back to Welton where Graeme was waiting with more bananas and a welcome cup of coffee (with soya milk!). Back in the car I mixed up a Huel shake – I’ll write more about Huel at some point soon.

All in all a really good day. I feel really pleased to have completed my first plant-powered audax! What I don’t yet know is how my body will feel tomorrow – bad-timing has meant that tomorrow I’m taking part in my first ever competitive event, a two-stage Hill Climb organised by my club (Allen Valley Velo). We’ll just have to see how that goes – expect a write-up tomorrow!