It’s been a long day, we didn’t get home until 8.30pm so something quick and easy was needed. I had read that Oumph! have launched a new vegan pizza at selected Tesco stores, including the one I shop at, so tonight was the night to give it a try.

This is the second vegan pizza I have tried (the other being the Pizza Express one from Waitrose). This one is described as ‘Italian style’, with semi-dried tomatoes, rocket and ‘Oumph!’. I first came across Oumph! a few weeks ago – it’s a soya-based fake meat, and the version I had tried previously was a kind of BBQ pulled-pork style thing. It’s really tasty.

On this pizza it seems to be in the style of something like roast chicken, it has a herby flavour to it. However, regardless of the Oumph!, more importantly this is a really good pizza in its own right. The base is excellent, crispy and quite light. There is some non-dairy cheese, but not too much. It basically tastes like a really good pizza. Well done Oumph! It was really quick to cook too – only about 8 minutes from frozen. The Pizza Express one was a little uninspiring, but I can definitely see this one becoming a regular purchase.

My only disappointment was that was a bit small. However, lots of salad, some falafel and shredded beetroot soon turned this into an excellent quick and easy meal. 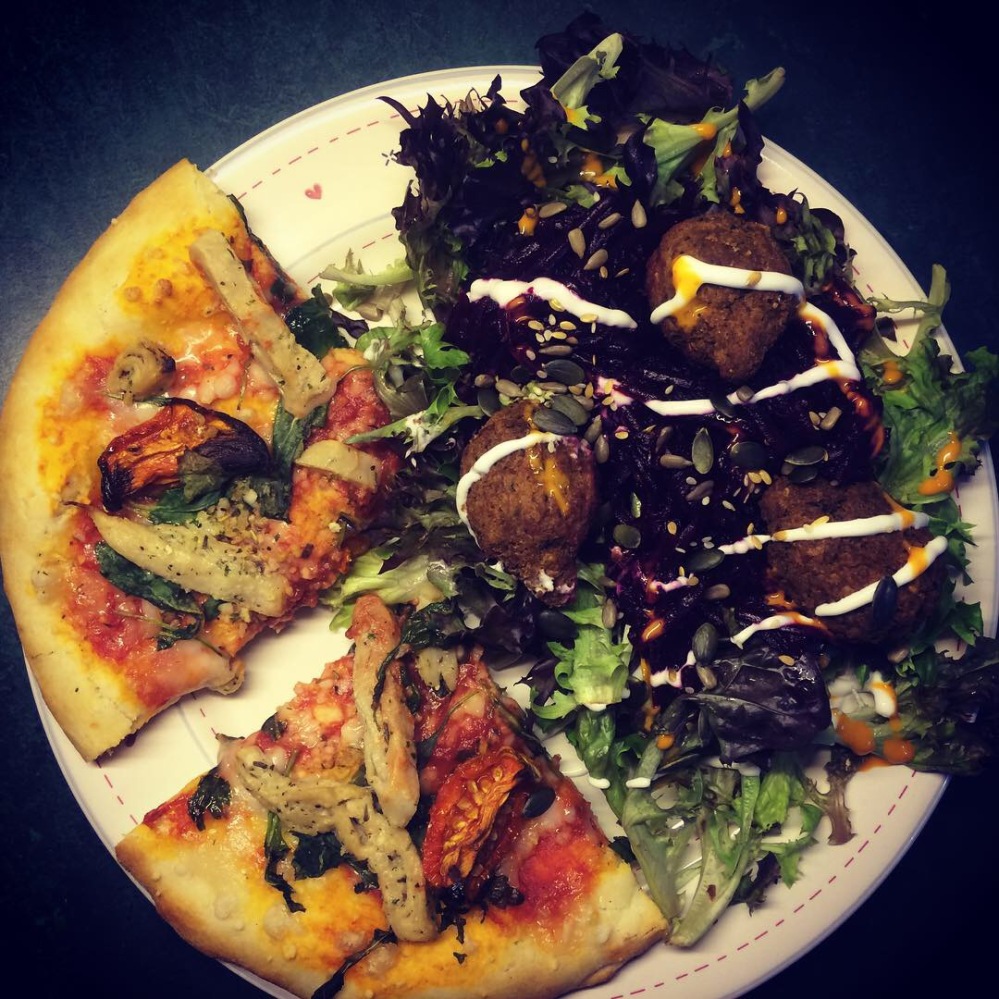