I’m visiting New York! It’s not a place I have ever been before, in fact this is my first ever trip outside Europe, so it’s pretty exciting. One thing I had been looking forward to most about New York was the food. Skyscrapers? Museums? Nah, just gimme the food! So far I have not been disappointed!

Walking around mid-town on our first day here was sensory over-load. The energy of this place is incredible. Despite being a quiet kind of guy who enjoys the tranquillity of the rural area where I live, I do also find big cities to be exciting, poetic spaces. There is something about being immersed in all that shared humanity which I love, and New York city is an amazing example of that.

I knew that this city was going to be very vegan friendly, and this map which a friend shared with me gives you a sense of just how vegan friendly it is! Today we found a place called Blossom du Jour for lunch, on Amsterdam street on the upper west side. 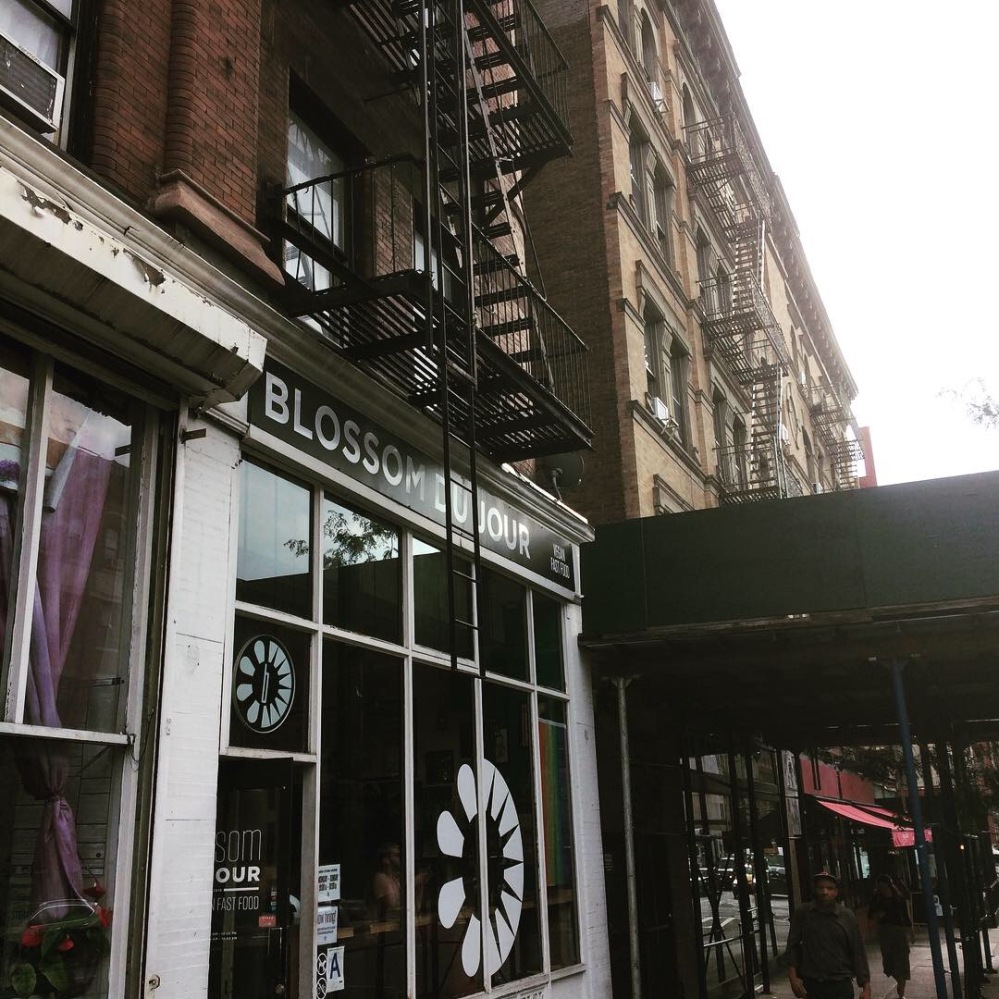 Having struggled to understand the subway it took us a while to find it, but it was totally worth the wait. It was all vegan, and looked to me like a vegan version of fairly typical New York food. I went for a ‘Midtown Melt’ – Cajun seitan and avocado with chipotle aioili and ‘cheese’ sauce, on a rosemary focaccia. 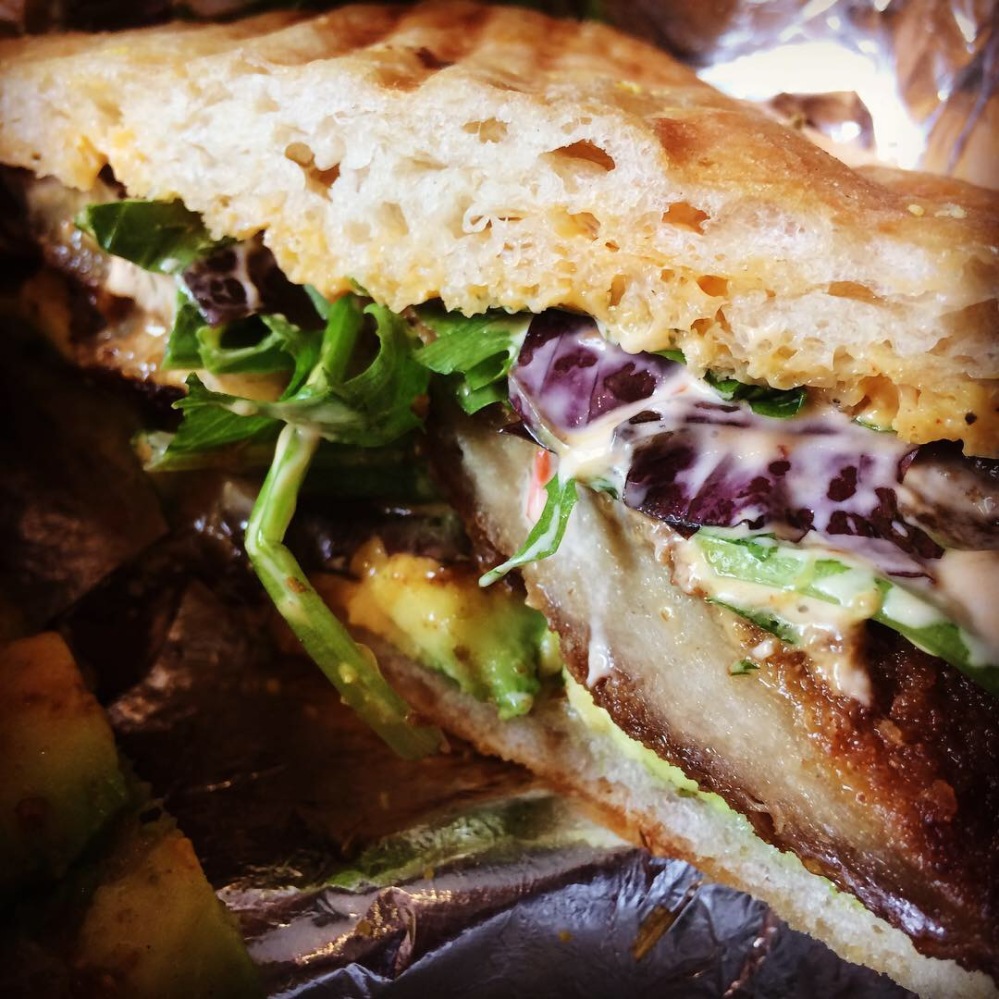 Tracy went for something called a Skyscraper burger, not sure what it was made of (beans?) but she liked it a lot.

We also shared some cheese fries. 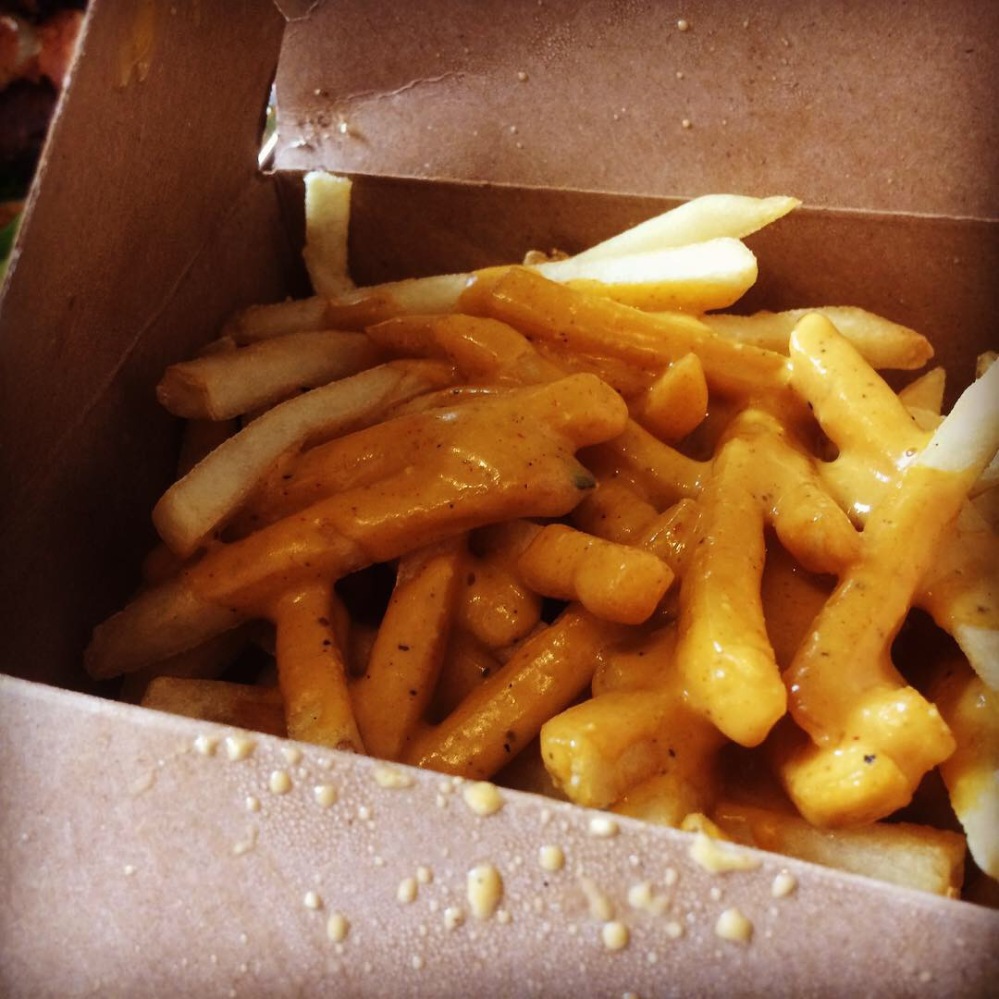 It just so happened that right opposite there was a place advertising vegan ice cream, so that made for an easy choice for dessert – there were various options but I went for peanut butter and chocolate chip, it was really good. 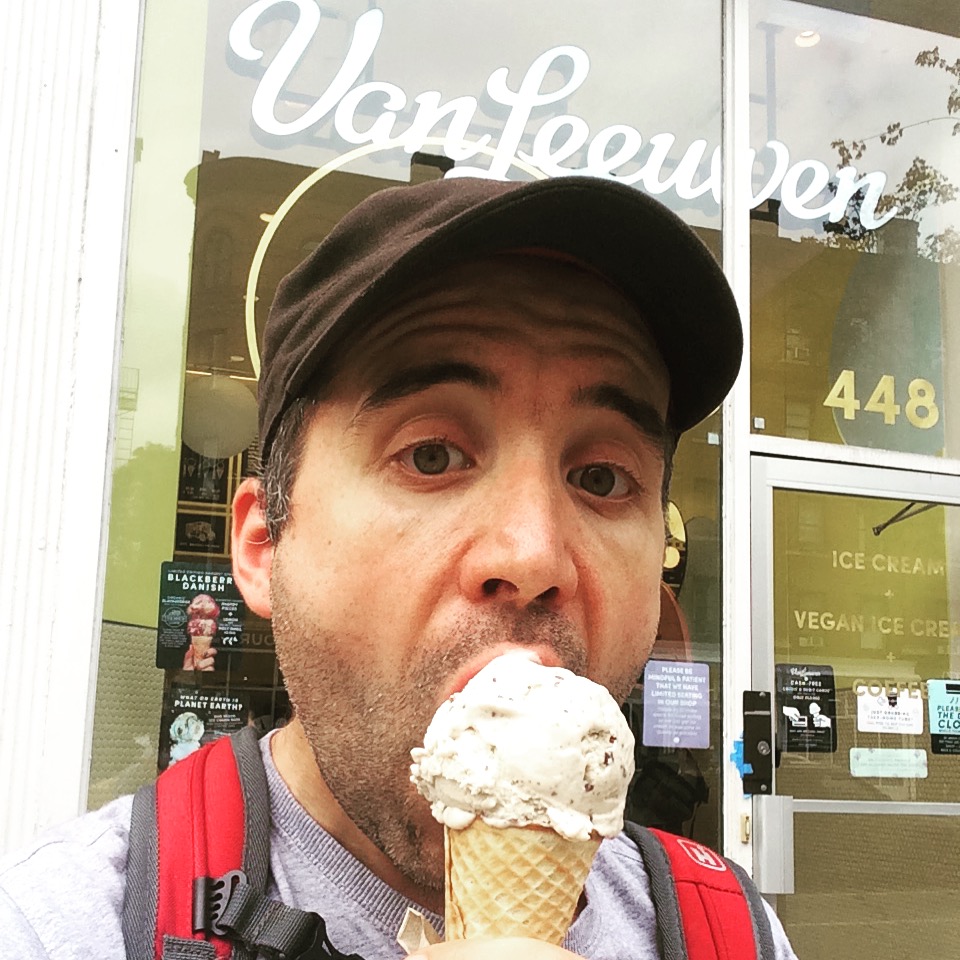 Vegan New York is awesome so far, I’m really looking forward to what it will serve up tomorrow!