It’s been a really good couple of days exploring this amazing city. I think it’s fair to say that I could have made healthier choices with the food! But I’m not stressing about that. Yes, there were plenty of healthy vegan options available, but I really wanted to eat what I imagined to be ‘proper’ New York food. Plus, I have done a lot of walking to burn it all off!

Yesterday lunchtime we found Terri on West 23rd Street in Chelsea. We had walked quite a long way to get there and were hungry when we arrived, but it was worth the walk – the food incredible. It’s a sandwich place, but we discovered that in New York that means something a lot better than it would mean in the UK. We got two sandwiches to share; a philly cheese steak (seitan and vegan cheese sauce)…

Both were seriously good – if you’re ever in New York, you need to go to Terri.

Yesterday evening we stayed in SoHo. I had spotted that there were three places very close to each other that were all vegan – Mexican, Pizza and Japanese – so we headed out to find them. When we got there (corner of 2nd Avenue and 4th Street) we discovered that they were all in a row, and all essentially part of the same restaurant. They all looked a little fancy for what we were wanted, so we decided not to stop.

As luck would have it, just a few doors down was a little street-side pizza place called Atlas Café, which had loads of vegan options.

On the way back to where we were staying we fancied a late-night snack. The local Wholefoods supermarket was still open, so we picked up some dairy-free cinnamon cookie dough ice cream, and some walnut and pecan cookies to go with it… 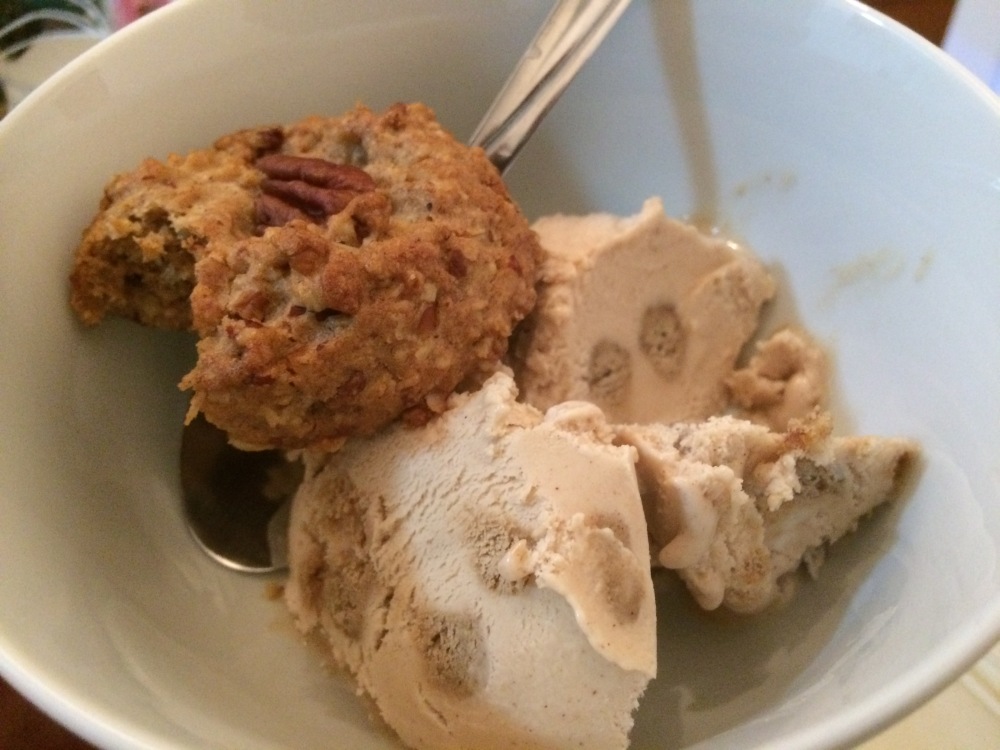 Today we were right in mid-town at lunchtime, and I hadn’t properly planned a vegan specific place to go. Instead we called into Tick Tock Diner, which is right opposite Maddison Square Garden. It’s what you might expect from a diner (lots of very big burgers!), but thankfully there were some options. I went for a veggie burger (‘no mayo please!’). It was fine – not amazing, but I was glad to have had this option. There were a few other choices I could have had (a falafel wrap, some salads…) but this did the job.

So there’s a lot of cycling to be done when I get back home to work some of this off! I’m sad to be leaving New York. There’s so much happening, and I love this great big mass of humanity. And I shall miss the food. There were a few vegan places I had hoped to get to but didn’t – such as by Chloe – I shall just have to come back!