Today I made slow-cooked seitan and mushroom stroganoff, and it turned out AMAZING. Of all the meals I have cooked since going vegan, this is my favourite. I drew on a few different recipes, but this was more or less my own invention.

Here’s what I did…

I made the seitan this morning by mixing up the following ingredients in the food processor, using the dough-hook attachment:

Once it was combined and had kneaded for a few minutes in the food processor, I took it out, divided it into two and put it into the slow cooker with:

I put it on low at about 9.30am. At 2pm I chopped-up about 350g mushrooms and gently fried them in little oil and garlic, and then added them to the slow cooker. At 4.30pm I removed the two pieces of seitan, set them aside to cool and left the rest of the mixture to continue bubbling away. 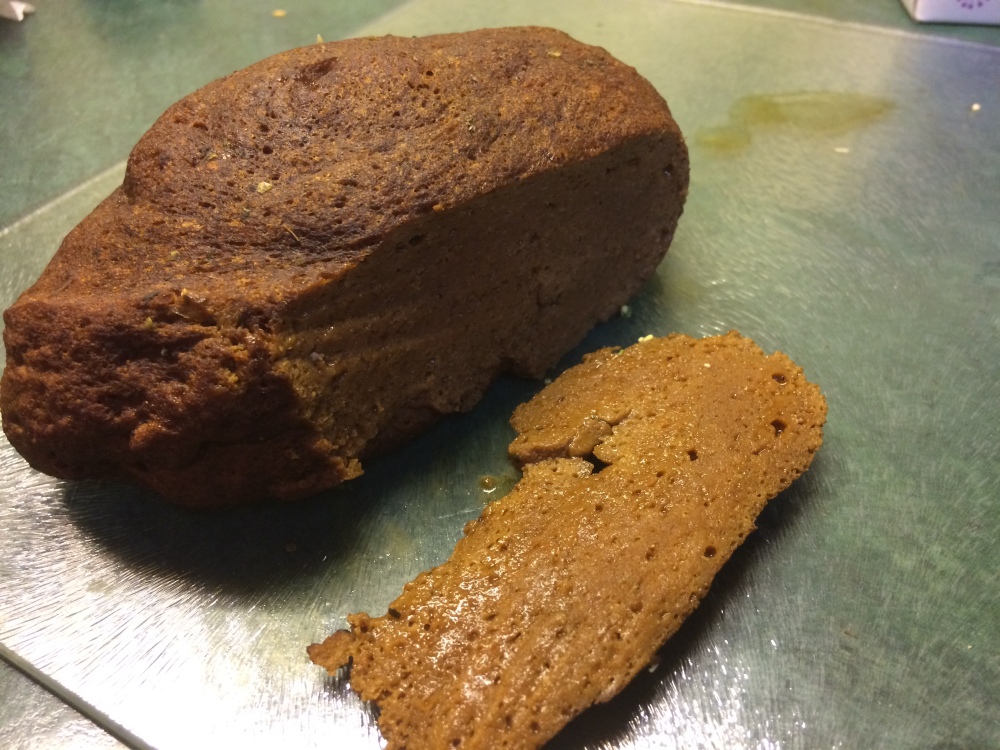 At 6pm I made some soured cashew cream whizzing these up in the Nutribullet:

and then mixed in…

a good shake of smoked paprika
about 2 tsp chopped parsley 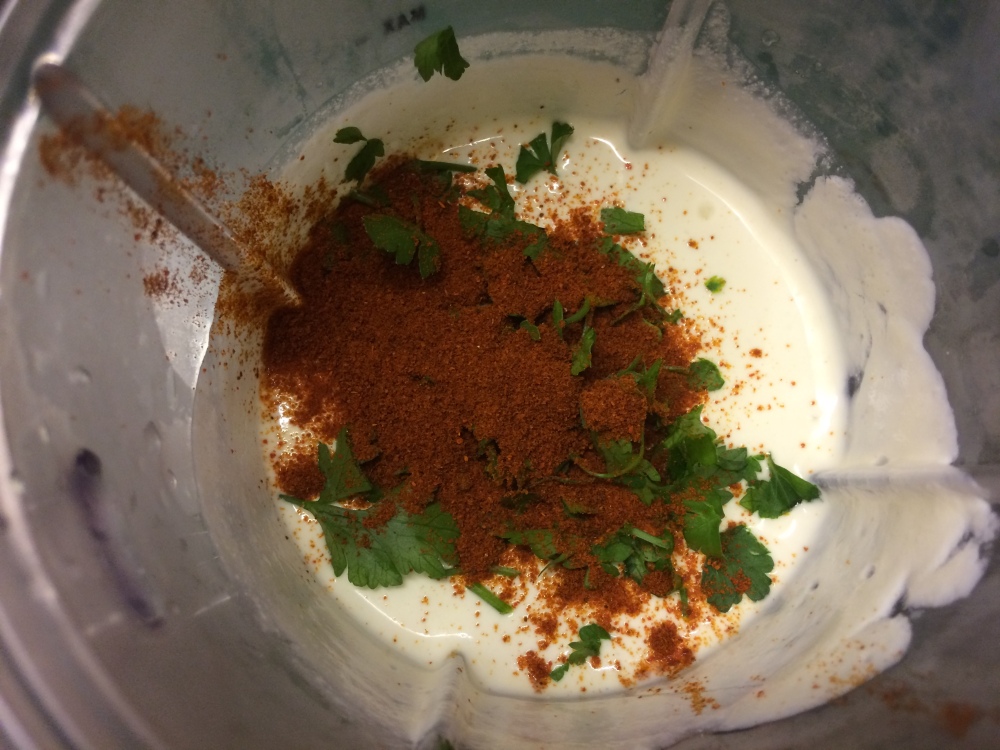 I then sliced up one of the seitan loaves into strips, and put the other one in the fridge to keep for another day. I fried the seitan strips using a little oil and some of the broth from the slow cooker. I then added the mushrooms and some more of the broth. 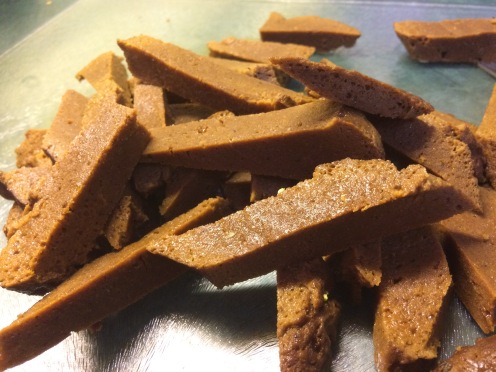 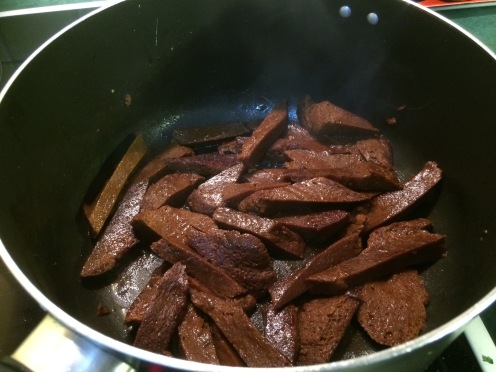 Just before serving I removed it from the heat and stirred in the soured cream. I was a little nervous as to how this would work (would it separate?) but it was perfect, making a wonderfully rich and creamy sauce.  Quinoa cooked in veggie stock and some steamed broccoli completed the meal. 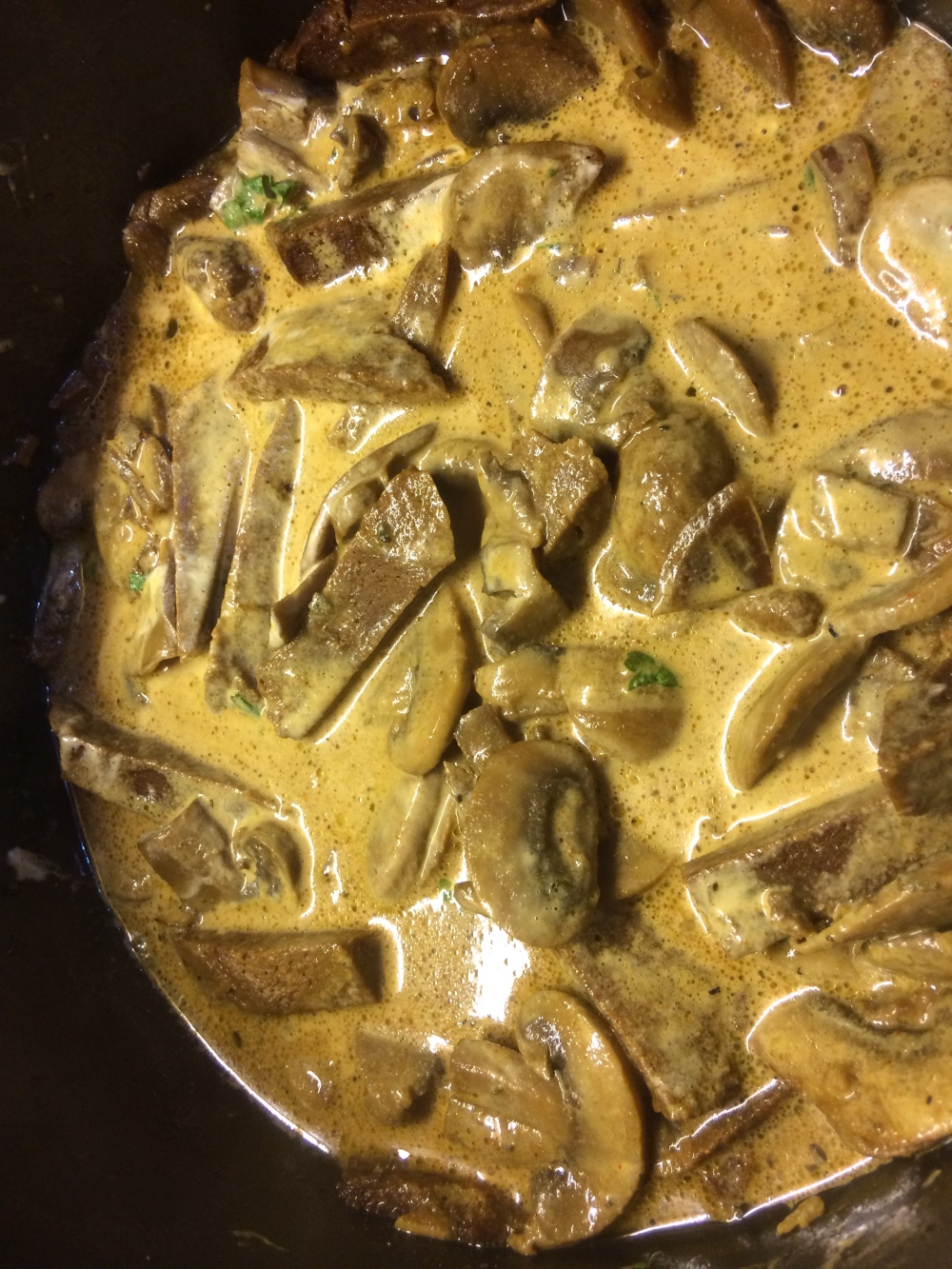 The combination of flavours in this recipe was amazing. I love that savoury umami taste; the mushrooms, onion, garlic and soy sauce meant this meal was loaded with it. The cashew soured cream made the whole meal feel rich and indulgent. The slow-cooked seitan was juicy, ‘meaty’ and full of flavour.

I hadn’t expected this meal to turn out quite so well! It’s something that would work well for a special occasion, I shall definitely be cooking it again – around Christmas time if not before! 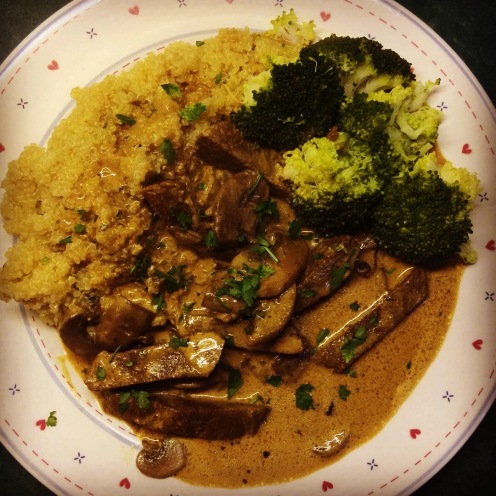 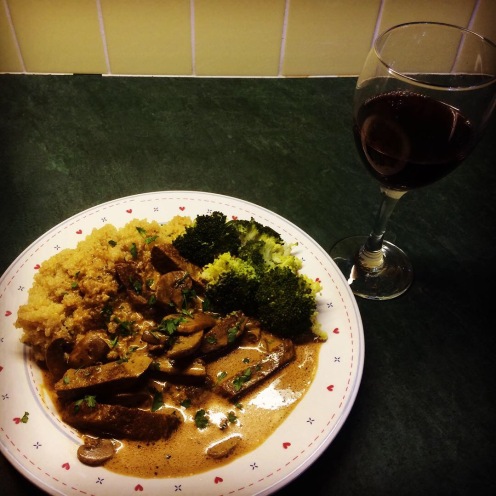