I’m looking forward to Christmas! I’ve had in mind for a while that I would like to make a stuffed seitan wellington for Christmas dinner, but I thought I’d better practice first. It turned out really well, here’s what I did…

Stuffing
First I combined the following ingredients in a food processor until they were smooth, then set aside in the fridge to chill:

For the seitan roast
I put the following wet ingredients into my Nutribullet and blended them until smooth:

I then mixed up the following dry ingredients:

Using my mixer’s dough-hook, I slowly poured the wet ingredients into the dry as the mixer did its thing. It quickly formed an elastic dough and I let it knead for 5-10 minutes, adding a little water as necessary. I then took it out and rolled it into a rectangle. I made a log of the stuffing in the middle of the rectangle before rolling the seitan around it. I then wrapped the whole thing in foil and roasted it at 170C for 90 minutes. 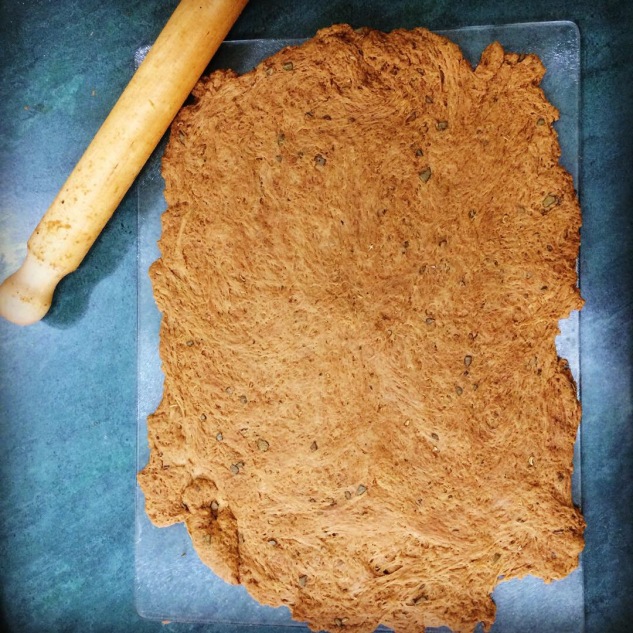 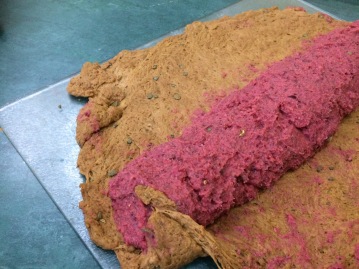 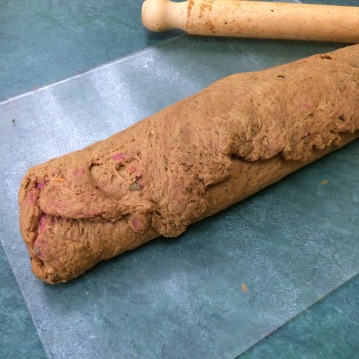 I then took it out and let it chill before wrapping it in pastry. I used a sheet of Jus Roll puff pastry – one of those wonderful ‘accidentally vegan’ products! Before wrapping it I brushed it with cranberry sauce and added a few sage leaves. I had intended to make a lattice, but the pastry sheet wasn’t big enough. In the end I had to cut the ends of the seitan roll to make it fit, and even then I had to wrap it diagonally to make the pastry stretch all the way round. As a result it wasn’t the prettiest parcel! I set it aside to chill while getting a few other things ready.

Before roasting the wellington I brushed it with soya milk, sprinkled it with salt and pepper and decorated it will some sprigs of rosemary. It went into the oven for about 35 minutes at 200C. 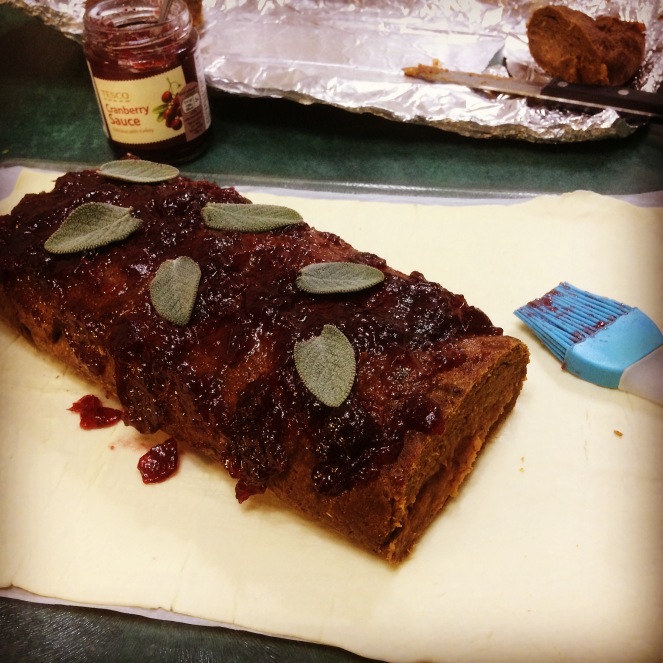 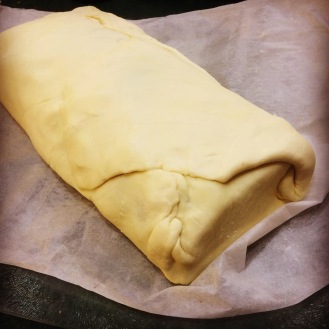 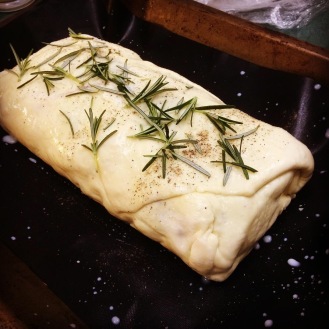 It looked fantastic when it came out of the oven – golden pastry with a little bit of cranberry sauce seeping out of the gaps. It sliced up nicely, and I served it with brussels sprouts, roast potatoes and a very special gravy. The gravy was the leftover broth that I had frozen after making seitan stroganoff a few weeks ago, I heated this up and at the last minute added some homemade cashew soured cream (60g soaked cashews, 3tsp lemon juice, 2 tsp cider vinegar, 1/2 tsp salt, 100ml water, blitzed up in the Nutribullet). 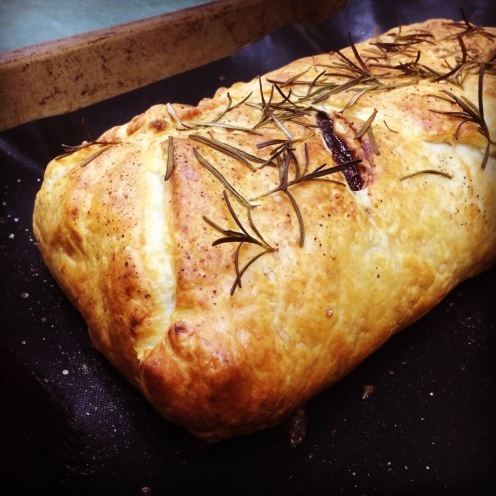 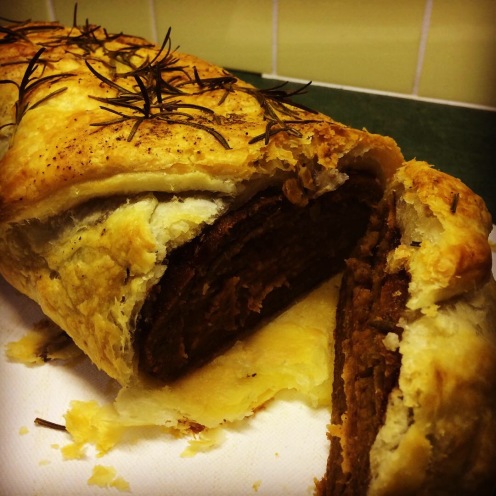 The Verdict
This was a very special meal. Seriously tasty with rich, savoury flavours. The seitan had a ‘meaty’ yet tender texture, and was very filling. There is lots leftover, and I’m looking forward to having it cold. I’ve not definitely decided if this will be Christmas dinner, but it’s definitely good enough, a real celebration roast! 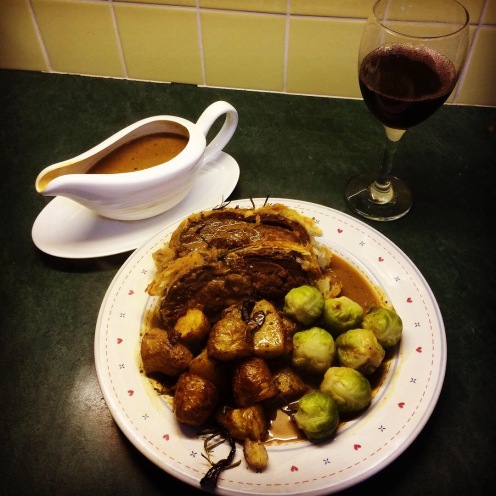 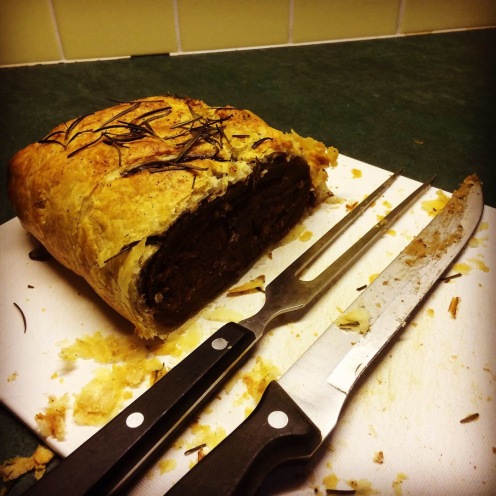