I’ve had a tin of banana blossom sitting at the back of the cupboard for a while, and it was time to do something with it. It’s strange stuff, but I’ve found it works as a really good vegan alternative to fish or seafood. It worked really well in the paella I made last year. I’d never heard of banana blossom until going vegan, but on my recent trip to Burundi it was really interesting to see these strange flowers growing on the banana trees. 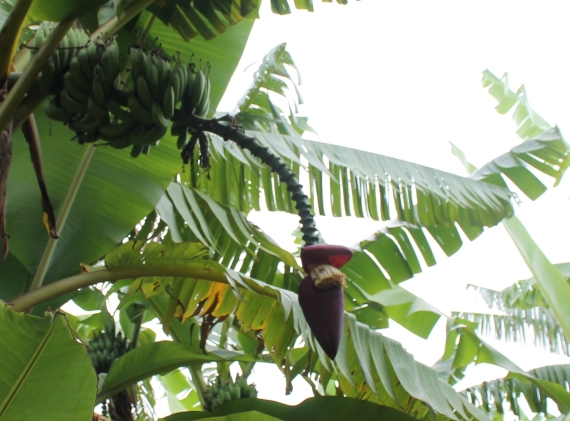 So fish and chips isn’t exactly health food, but this was a bit of a treat. I’d never deep-fried anything before, so I had no idea how this would turn out. It was incredible. The crispy batter was perfect, and the banana blossom itself was remarkably comparable to white fish. If you want to have a go, here’s what I did…

The Verdict
I’m so pleased with how this turned out, just thinking about it is mouth-watering! The batter tasted light and crispy, and was so tasty with the obligatory salt and vinegar. The banana blossom was soft and flaky. Even the oven chips and canned mushy peas were good!

I know it can be seen as weird to try and recreate a non-vegan meal, but that doesn’t really bother me. The way I see it, non-vegan food does not have a monopoly on certain flavours and textures. People’s enjoyment of battered fish isn’t about the fact that it is a fish, it’s about the flavour and texture of the experience. If those flavours and textures can be recreated using plants then I’m all for it.

I will make this again, but will try and be healthy and avoid the temptation to make it too often. That said, given that the chips were done in the oven, this will have been a healthier meal than a takeaway (yeah, yeah, I know that’s not saying much!). 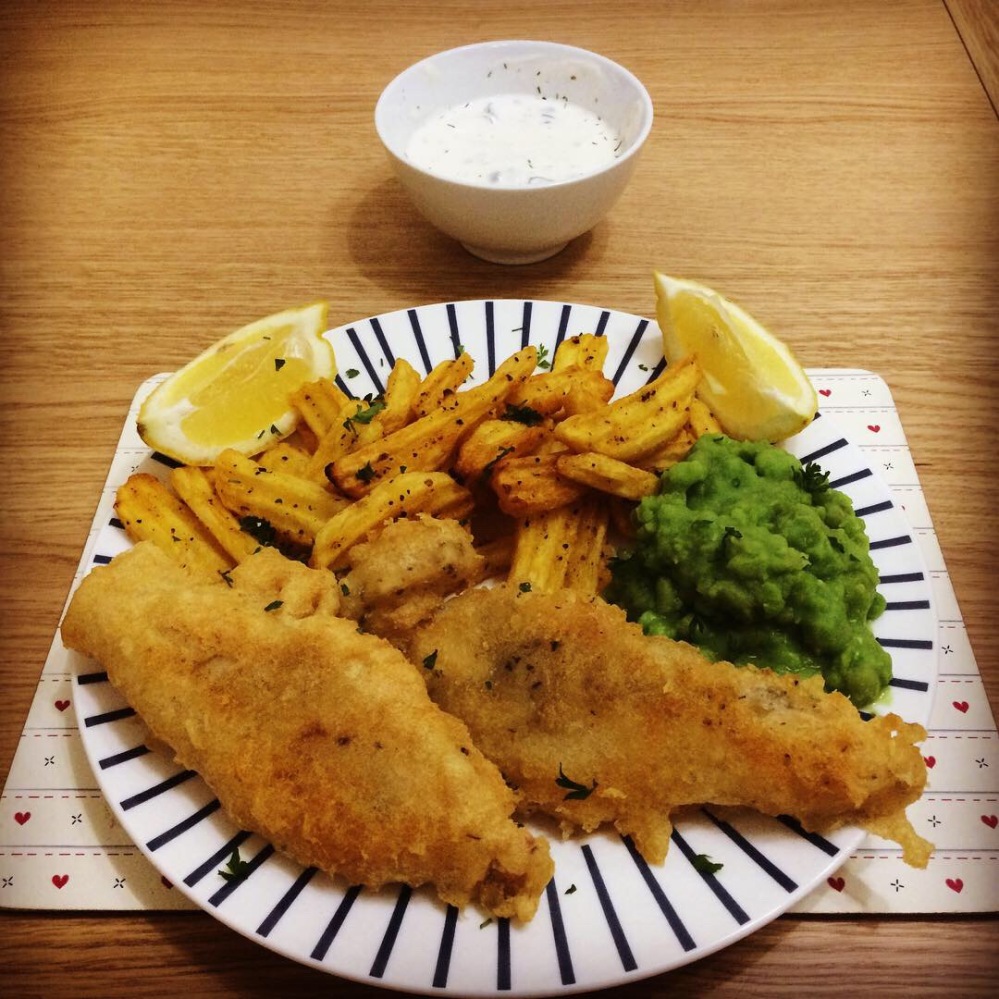