It’s now been over a week since Paris-Brest-Paris, and my body seems to have recovered well. I’m still feeling pretty tired, but I managed to get out for a ride a few days ago.

As promised, this is a post dedicated to the food I ate on the ride. I knew before I left that getting the food right was crucial to the success of this epic adventure. I was determined not to compromise on being vegan, it felt important to show that a plant-based diet is more than adequate for such a feat. But I was concerned. France is not known for its vegan-friendly options, and I had no idea what kind of food would be available. Carrying enough food for three-and-a-half days was unfeasible, I would have to rely on refuelling en route.

My experience in previous long-distance rides taught me a few principles which I applied when preparing for PBP:

My normal strategy when heading out for a long ride is to start the day with my normal breakfast, which tends to be a smoothie – a mixture of greens, frozen fruit, banana, nuts, seeds and normally a scoop of Huel. When I’m out I carry wholefood snack bars such as nakd bars, which are just a raw mixture of things like dates, raisins and nuts all squished together.

I tend to alternate nakd bars with Science in Sport (SIS) gels – a nakd bar one hour, a gel an hour later. Gels are clearly not wholefoods, in fact they’re about as processed as it gets, but my stomach seems to be able to handle them. I don’t really see them as food, but I do see them as helpful fuel and they do a good job. Plus, they’re vegan (at least the SIS ones are). I carry a mixture of regular gels, and ones containing caffeine. Caffeine gels are amazing – the effect they have on me is extraordinary, turbo-charging body and mind. The trick is to time them right – 15 minutes before a big climb, or when I anticipate I’m going to start flagging, or saved for the final hour of a long day. The other thing I like about gels is I’m never tempted to eat them when they’re sitting in my cupboard at home! (nakd bars don’t tend to last long). If it’s a hot day and I’m likely to be sweating a lot I use electrolyte tablets in my bottle, on cooler days I just use water. I went through a phase last year of using electrolyte powder that also contains energy, but didn’t get on well with it. As I understand it, taking on too many calories than required can upset the stomach, and I was finding that last year, so I switched to using zero-calorie tablets. Some will say that electrolyte tablets are a waste of money, you can just as easily add a bit of fruit juice and a pinch of salt to your bottle. Maybe they’re right, but I find the tablets are very convenient, especially when you’re out for a long time and need to re-fill. If I’m out all day I will normally include a cafe stop. In the past I have been less than disciplined at cafes, going for greasy fry-ups. I’ve been trying to be better recently! A highlight of riding The Border Raid about a month ago was discovering The Frothy Bike Co. in Dumfries, which does fantastic vegan superfood salads.

On my two most recent 600s I’ve also carried cartons of Alpro soya chocolate milk. Chocolate milk is a popular choice among cyclists – protein, sugar, hydration, everything you need to help you recover if you’re feeling fatigued, so it’s great to have a vegan alternative. They’re not really necessary on anything under a 400 as clearly they add some extra weight, but I’ve always been glad of them when I’ve had them with me on longer rides.

So with that knowledge going into PBP, here’s what I did:

24 hours before the ride
I don’t really go in for carb-loading, as I mentioned above I just tend to have a decent breakfast. However, I figured that for PBP I needed to make sure I had plenty in the tank before setting-off. For dinner the night before and lunch on the day I had big bowls of brown rice, beans and veg. For breakfast on the day I had cereal, porridge and fruit.

The food I carried with me
Not knowing what I would find en route I carried a lot of food, stuffed into every possible corner of my rack-top bag, frame-bag, bags on my handle-bars, tool bottle and jersey pockets. Setting off I had with me:

‘What’s a Space Bar?’ I hear you cry! Well, I guess it’s the vegan equivalent of a Pepparami. It’s a chorizo-style seitan sausage. I found these in Alternative Stores in Newcastle, I thought it would be a good idea to have a savoury, protein-rich snack that didn’t need to be kept cold. They were a bit of a gamble as I didn’t know how well they would sit in my stomach; they’re a bit spicy and I know some people can find gluten hard to digest. They worked great! At each point in the ride when I had one it really hit the spot, and my stomach handled them fine. 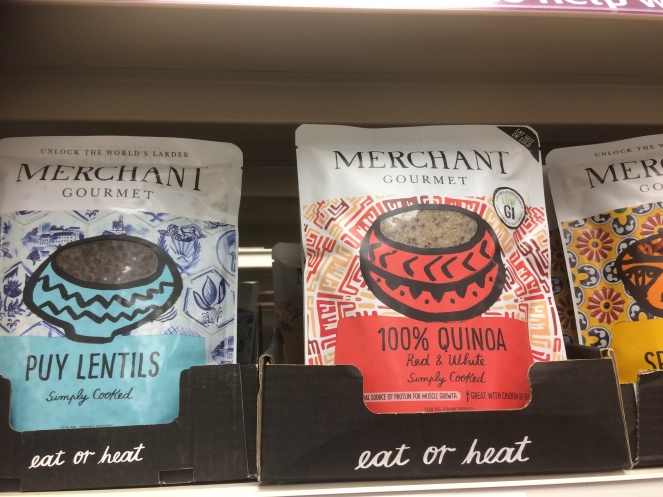 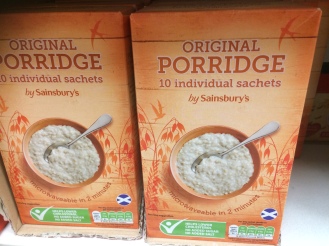 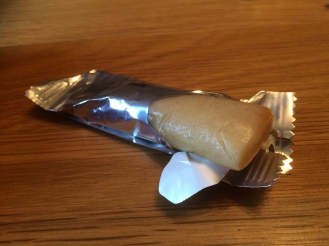 At the controls
The food seemed to be fairly similar at all the controls. Most of it (unsurprisingly) was non-vegan, which I just ignored. However, there was generally something I could have. Rice, veg, pasta, vegetable soup, fruit, bread were all very welcome. I had to be a bit careful, because some dishes contained unexpected dairy (e.g. pasta cooked in butter), but on the whole it was fine. I was generally able to communicate what I wanted (pas du lait si vous plait!). Given the language barrier, it’s not impossible that I unwittingly had something containing dairy, but to the best of my knowledge I didn’t. The ready-to-eat lentils were a good idea, given the lack of vegan protein at controls – very tasty when mixed with rice.

En route
Before I started I didn’t know how easy it would be to stock up as I went along, I had been told that there weren’t many shops along the way. Fortunately I found several places, including Lidl on two occasions! I bought:

And that’s it. There was only one moment when I was really tempted by non-vegan food – at about 5am when I was freezing cold and exausted having riden nearly 600km without sleep and I was being offered pancakes filled with nutella. For a moment I thought it was going to be my only option and I didn’t think I had anything substantial in my bag, then I found a stash of dates, a bit of baguette and a Space Bar, and all was well.

Food for exercise is quite a personal thing, what worked for me might not work for others. But it did work for me, remarkably well. It got me from Paris to Brest and back again, 1220km in 86 hours fuelled only by things that grow out of the ground.